BREAKFAST
Two egg whites cooked in butter, with a handful of sauerkraut warmed in the pan (mostly to soak up the rest of the butter.  Two egg yolks floating in kefir.  Two cups of coffee with heavy cream and milk.

THOUGHTS
(in no particular order)

I mostly like my diet right now.  I know I'm not eating a lot of vegetables, and the reason for that is they often take more prep time and attention than the other things I eat.  Kefir: pour milk in jar, add grains, wait.  Meat: heat fat in pan, add meat, wait a couple minutes, eat.  (Or just eat.  Yes, really.  More on that later.)  Eggs: well, half of them is ready to eat already, and I've been known to whisk a whole raw egg or two into my kefir, antinutrients be damned - it's just so easy!  Sauerkraut is awesome because I do about half an hour of prep one night, another 10ish minutes a few days later to pack the fermented product into smaller jars and then I'm set for a week or two.  I probably need to start pickling everything.  Hence the nukadoko...why is it so hard to find rice bran?

The best I ever felt on a "diet" was when I did Whole 30 back at the beginning of last year, and a not-too-modified version of it for a month or two following.  That's also when I was doing very heavy Crossfitting, though - between 4 and 6 times a week, sometimes every day.  These days I'm nervous about committing that much money - time too, but mostly money.  I'm still waiting on my stipend check from May, and have been trying to not spend on anything but essentials until it comes through.  Of course I say that, but then I go out with The Man and end up buying two new dresses I didn't totally need because I like how he looks at me in them, on top of the things I actually needed.  Which would make it completely worth it if I weren't so nervous about money these days.

The best I ever looked on a diet was when I did "Stage One" of this one here.  It's like one-meal intermittent fasting with snacking on fruit and nuts allowed, essentially.  Yes, I know that totally defeats the purpose.  But it helped me drop fat very quickly: I was noticing a significant difference in how my clothes fit after a week, and judging by the fact that there didn't seem to be a change in the way my lifts were increasing, I'm going to assume that lean mass wasn't affected very much.  It also helped me eat with enjoyment and mindfulness, instead of just "because it's dinner time" or out of boredom.  I like getting hungry enough for that to kick in.  When I did "official" IF, by contrast, it just made me really antsy, counting down the minutes until my eating window started in the morning and skipping other things to make sure I got dinner in before it ended at night.  Maybe I'm just justifying the caveman dealio because that's the last time I remember having that small a waist, but if it gives me that goal without getting me further from others, I figure it's not too bad.

There's so much conflicting information on what is the best way to be "fit," which loosely translates as some version of "beautiful and good at moving."  Even in my own varied experiences.  The only thing about the methods I've tried that seems to particularly stick out now is the fact that I'm not moving enough, and I need to do that more.  I can feel a knot tighten in my stomach as I type that - I already work so much, between 60 and 70 hours in any given week, and when I finish, I just don't want to do more than go back home and sip a cold drink while I'm curled on my bed.  But I'm beginning to realize that I need to suck it up and just start moving again.  The healing process after surgery and the period of "nourishing fitness" after this very mentally stressful past year need to start morphing back to a regime that actually, actively builds me back up. 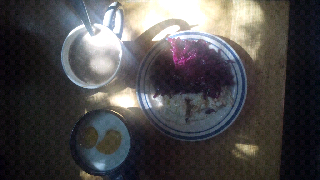