Crossfit (and other) frustrations

This is a picture of me eating dinner last night.

Ok, so it's not, but it's damn close. Crossfit snatched me up (ha! pun! see the WOD below) and gnawed on me for 45 minutes before spitting me out and giving me a couple hard kicks to the gut for good measure. It was not so much the fun times.

WOD:
And that was it. No sprints to warm up, no second WOD. Just that. And I was dead last, with several minutes to spare. Barely even finished at all, as cramps came on with a vengeance about 60% of the way through.

It's just embarrassing. I've been doing this shit (that is, Crossfit) for a year and a half now, and actively, daily trying to improve my fitness for a solid two years, and still my endurance is nowhere near where I want it to be, nor under any semblance of my control. Not only that, but I still came in LAST in a group that was at least half newbies. Yes, it's true that I was using the heaviest weight (to start, at least), and I didn't have the best day to start with, but still. LAST. It burns.

I called T up on the drive back and just sobbed. I guess I should be used to this by now. Every time we visit each other, it's a few days of pure blissful togetherness, followed by a few weeks of emotional rollercoasting, coming down from the high; being ripped out the sweetest dreams and thrown back into harsh reality. It's very draining, to say the least. LDRs suck monsterballs.

I think I'm done for now. Sorry for all the blog vomit lately. I'm not always this maudlin, and usually much more focused on actual fitness, with this being a fitness blog and all. I will leave you with this thought, which I am attempting to make my mantra for the time being: 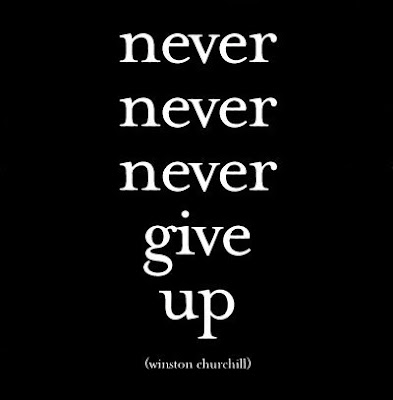