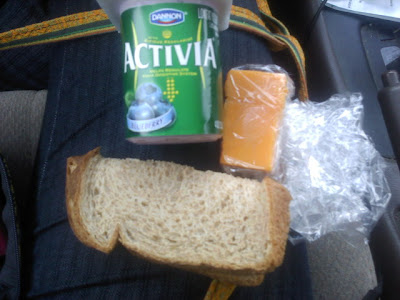 Notes: I made it one of my weekly goals for 2Sexy to bring my food to work instead of going to Bruegger's or making pizza, but was running late - hence the in-the-car shot and totally unplanned menu. Meh. 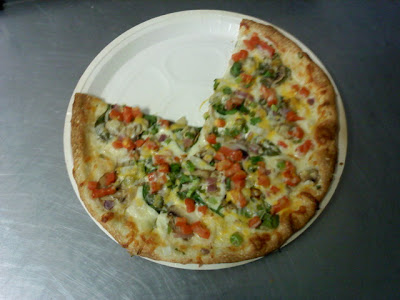 Notes: So the girl who was scheduled to come in at noon had a shitload of drama and wasn't able to show up until 4, and even then wasn't feeling well enough to work up to her usual amount. All this meant that instead of holding out til 3, when I usually leave, it was decided that I'd stay until 5. Not going without food for that long. So I broke down and made a pizza. But at least it was healthy. Ish.
Snack: 4pm 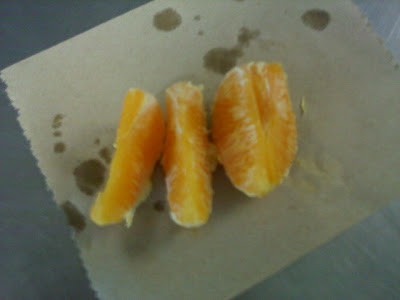 Notes: Mike ragged on me just a little for taking food pics, but then gave me part of his orange to make up for it. This thing was so sweet and juicy it was almost ridiculous. Defi nitely the grand standard of oranges.
Snack again: 6pm 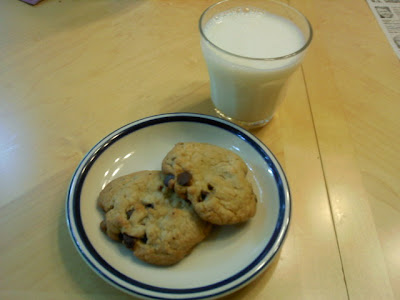 Notes: Then I totally crashed for a while.
Dinner: 8pm 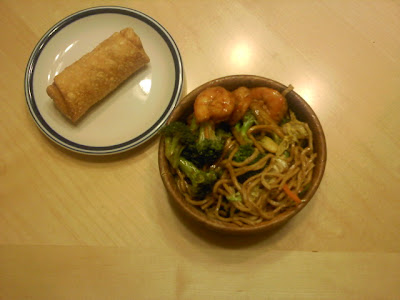